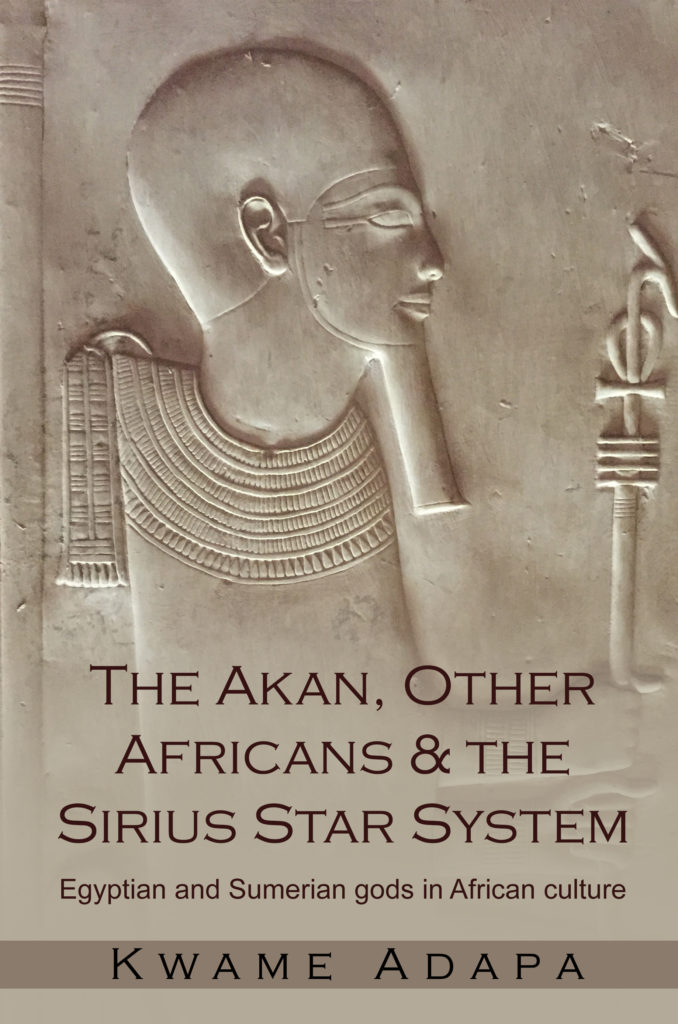 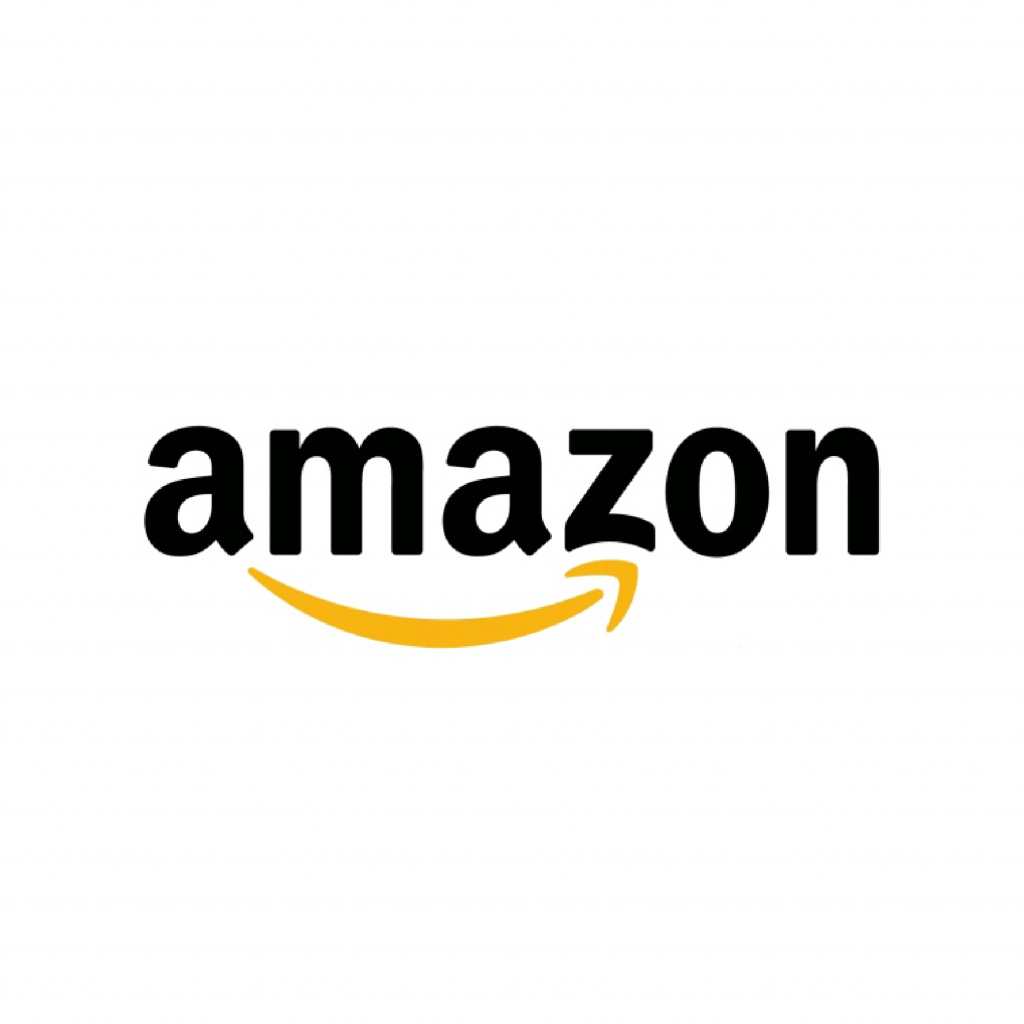 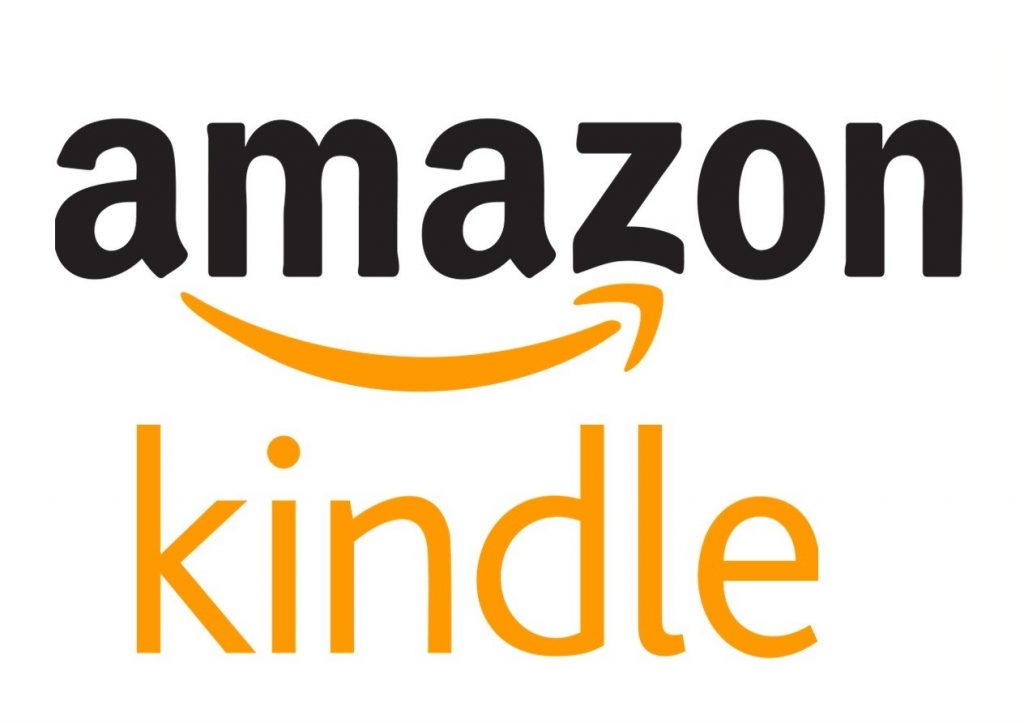 The Akan are an African indigenous group found primarily in the southern parts of Ghana, as well as in Cote d’Ivoire and in Togo. This book explores certain aspects of Akan language, culture and tradition that point to association with star beings from the Sirius star system. The Akan, the Bakwama, the Bambara, the Dogon and just about every African ethnic group is connected to the Sirius star system in one way or another. These connections can be found in their legends, their language and their culture. In this book, you will learn that the many of the “gods” of old were actually ancient astronauts or extraterrestrials who visited planet Earth and who influenced the creation of the various human races we have on Earth today. These accounts of ancient visits are preserved in the language and in the culture of peoples of Earth, the Akan people being one of them.  Kwame Adapa reveals language and cultural connections between the Akan and other African groups as well as beyond Africa to show that the names of Akan deities can be traced back to Egyptian and Mesopotamian deities who have links with the Sirius star system.  Having grown up in Akan culture, it was a starting point for him to do more research on the Akan and other African people.  Learning this information can improve your awareness and knowledge about the truth concerning humanity’s ancient origins and also about the world we live in today. 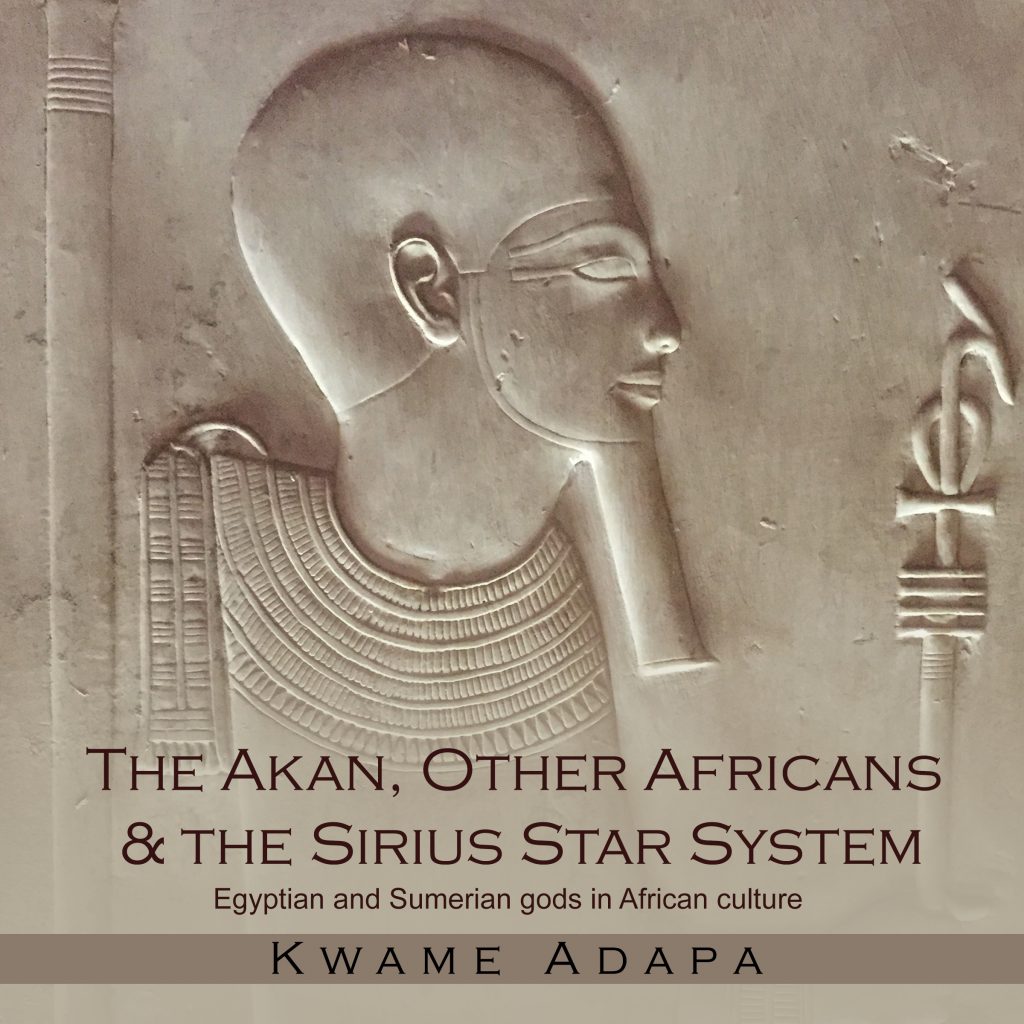 The Akan, Other Africans & The Sirius Star System has been available as an audiobook since April 2021. Below are the vendors where the audiobook is now available. As more vendors make the audiobook available, the list will be updated. 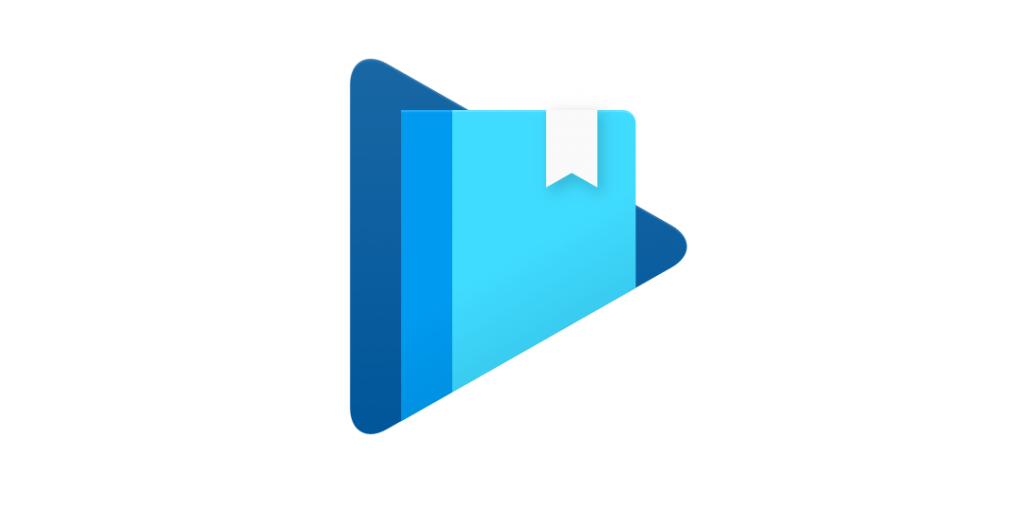 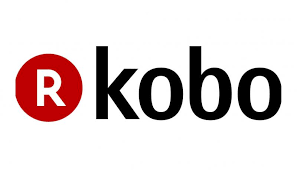 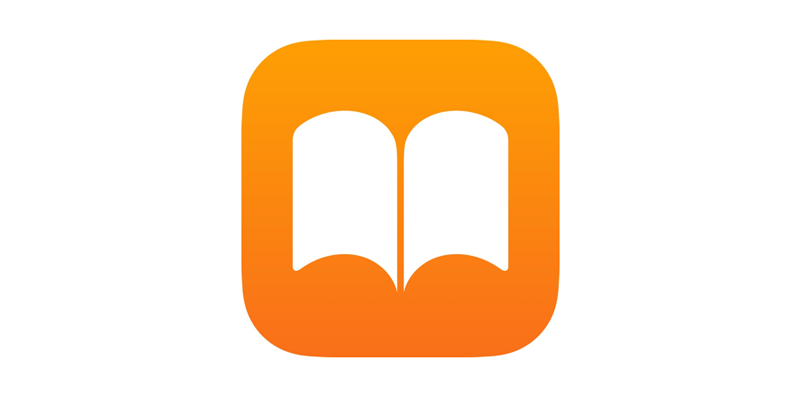 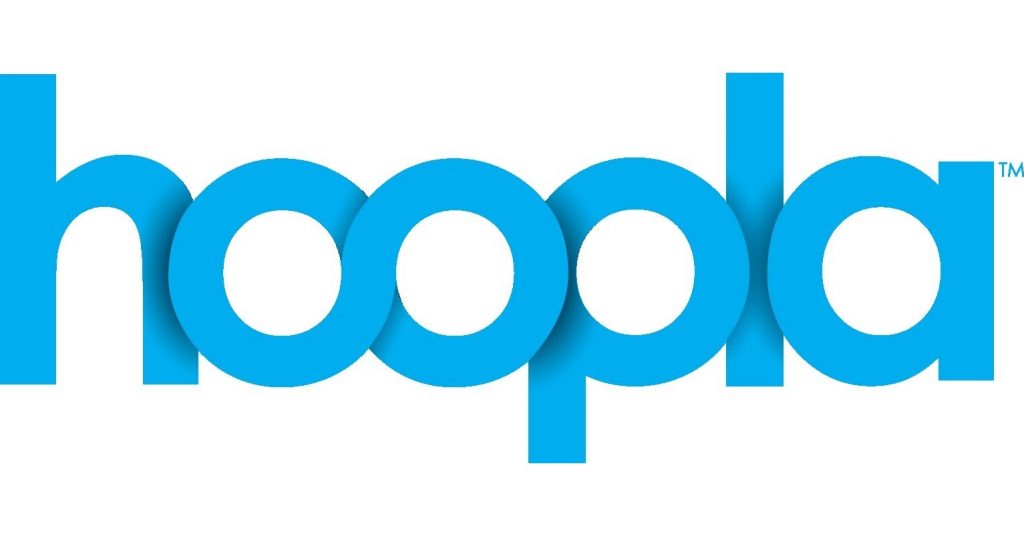 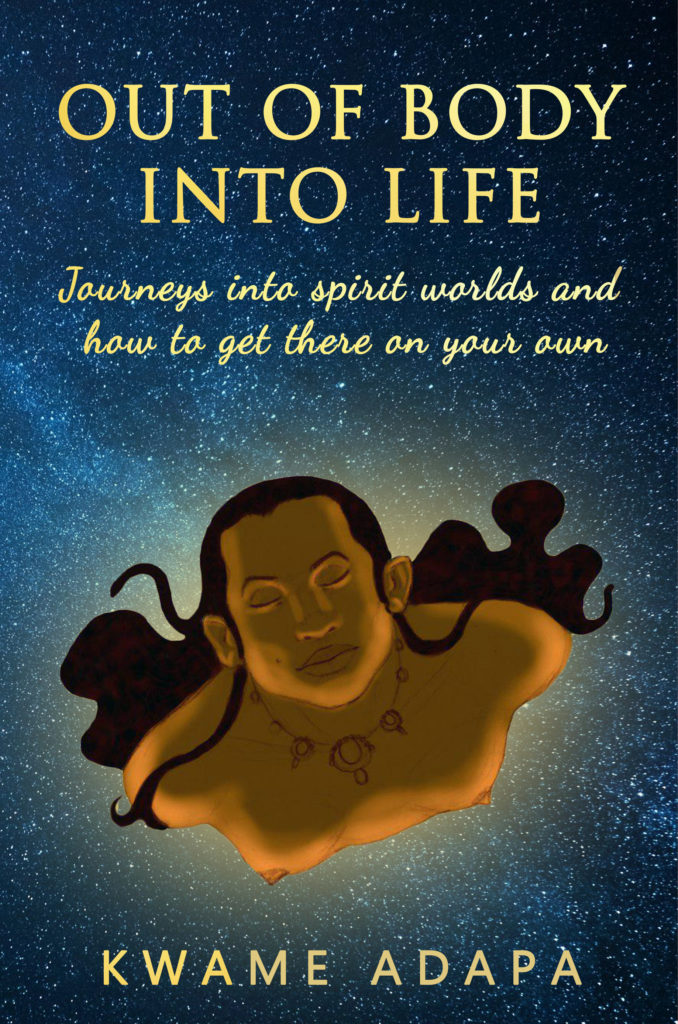 At some point in our lives, we may ask ourselves the questions who am I? Why am I here? Out of Body Into Life is a detailed account of some of the answers to these questions, that led Kwame Adapa to realize the spiritual reality of human experience. Through out of body travel, also known as astral projection, Kwame explored the regions that human souls go to after passing through death. He also found answers to who he is as a soul, what ancient civilizations lie within the Earth’s caverns and about nature spirit entities that cohabit our planet. Beyond Earth, Kwame was able to journey to other star systems and to learn for himself the truth about the existence of life elsewhere in the galaxy. The book details 30 journeys at The Monroe Institute, and over 60 conscious out of body projections. Out of body and into Life also includes a description of the subtle realms of reality and provides methods and step-by-step instructions for how to achieve an out of body projection. By reading this book, you too can learn more about the greater reality that can be perceived via the phenomenon of out of body projection, some of what lies beyond the five physical senses, and a few methods you can follow if you also choose to how to project out of body to obtain your own experiences. 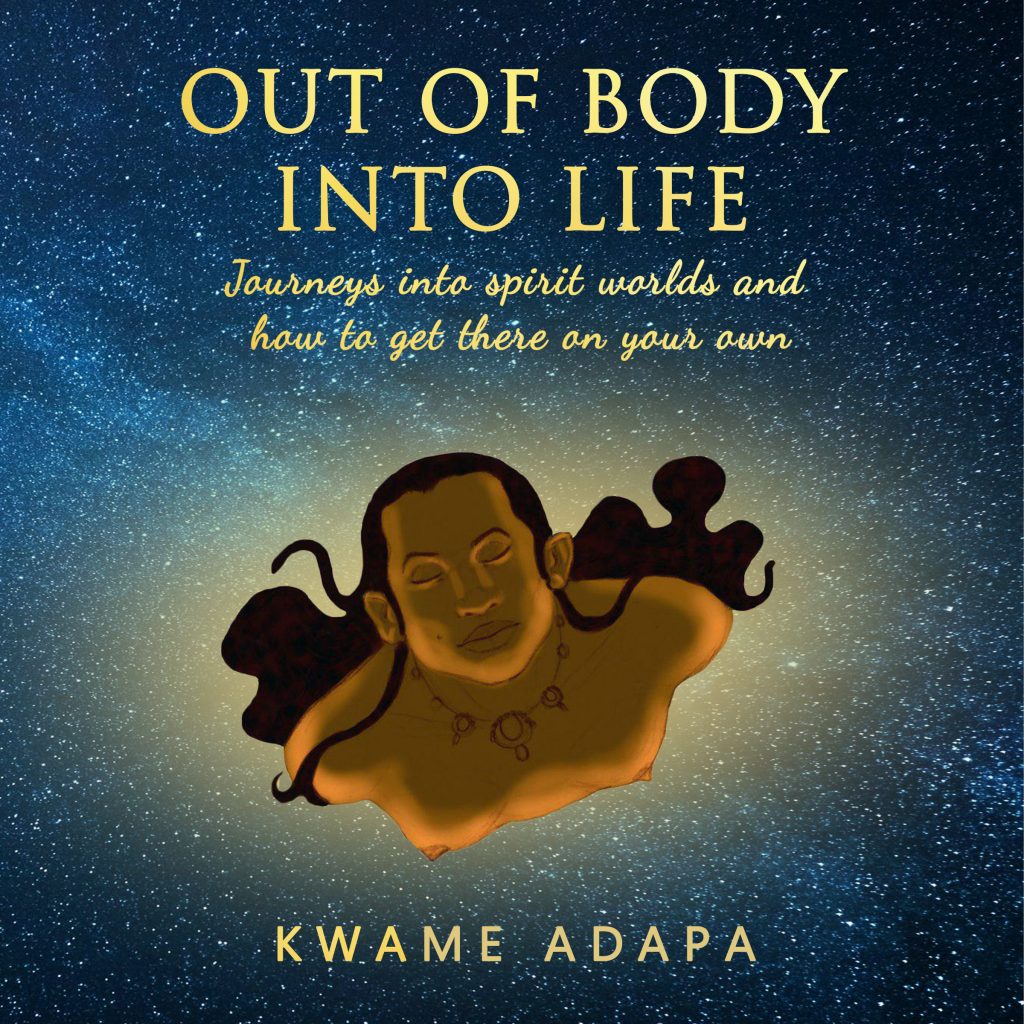 Out of Body into Life was published as an audiobook in November 2020. At the moment, this audiobook can be obtained at the vendors below. 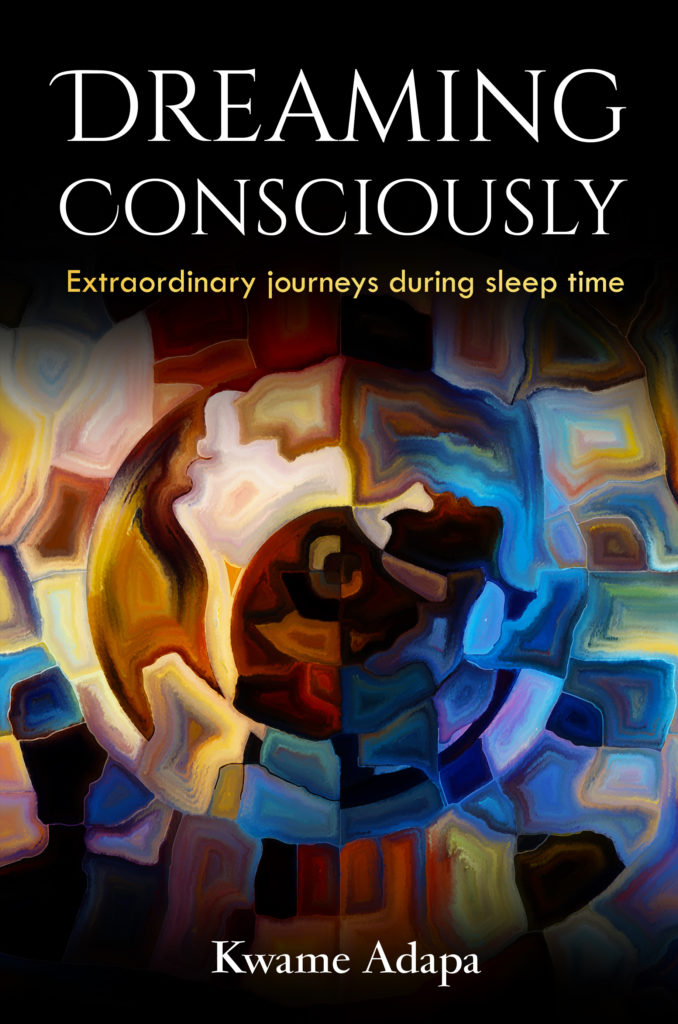 Why do we dream? Humans must have pondered this since the dawn of civilization. Dreaming consciously has been practiced among ancient civilizations and it continues to be practiced today in modern times.  In Dreaming Consciously, Kwame Adapa shares over 60 extraordinary dream experiences that involve flying in and between dimensions, interacting with and shapeshifting into animal spirits, meeting extraterrestrials, receiving empowerments from spiritual masters on the inner planes as well as other experiences that are unusual from the point of view of normal waking consciousness. In addition to these extraordinary journeys, Kwame also describes in detail the energy and psychic exercises and experiments he conducted on himself in order to increase his chances of experiencing lucid dreams and lucid projections during sleep time. As such, Dreaming Consciously is an important record of some of the possibilities of what can be experienced and learned in the the dreaming state. It is my hope that by reading about my experiences and about the methods I adopted to have them, you too will become more interested in  seeking to learn about possibilities inherent in dreaming, and that you too may catalog and study your own dreams to obtain insights into your life. 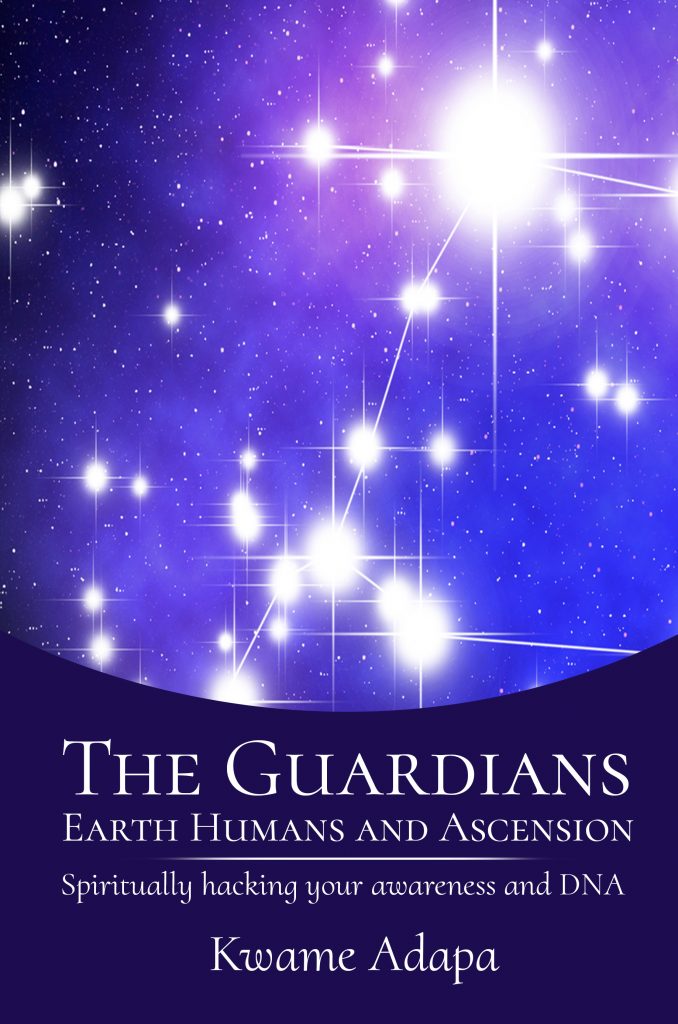 In The Guardians, Earth Humans and Ascension, Kwame Adapa develops the story about the Guardians, their role in this galaxy, within our solar system and here on Earth that was first introduced his book The Akan, Other Africans & The Sirius Star System. This sequel goes into far greater detail about the Guardians and the Sirian-Guardians in particular, their role on Earth and their connections with the Akan and many other people in Africa, the Americas and Asia. A significant part of the story includes connections between extraterrestrial groups and the major human groups across the world. This book also develops the notion that the Earth human prototype offers the potential for spiritual ascension for all beings incarnated on other planets prior to coming to Earth in order to transcend beyond polarity. Kwame discusses spiritual ascension as a gift from the guardians, and he introduces a number of spiritual paradigms and traditions on Earth that offer tools for developing a spiritual vehicle known as the immortal body, which has also been called the light body or the rainbow body. As such, The Guardians, Earth Humans and Ascension is unique in the sense that it brings together history and spirituality in ways meant to raise your awareness and lead you to a greater experience of in-depth communion with yourself and hopefully with others as well. 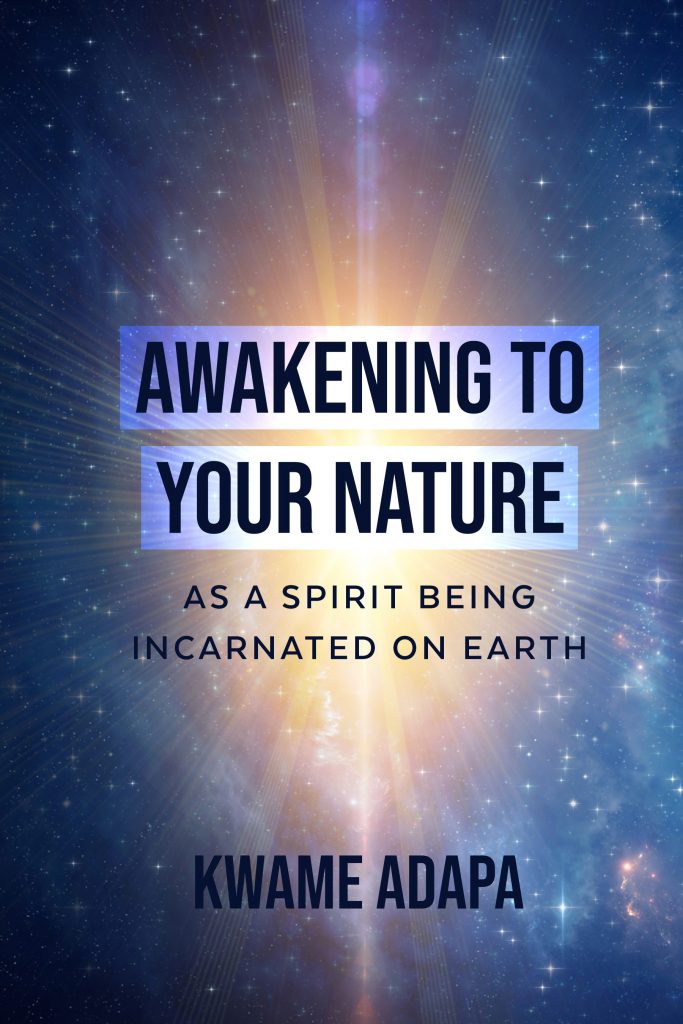 At some point in our lives, we may have stopped to ask ourselves or to contemplate some of those “big questions”: Who am I? Where was I before I got here? What happens once my present consciousness passes away? Is there something afterwards? Is this all there is? In Awakening to your Nature as a Spirit Being Incarnated on Earth, Kwame Adapa presents an entirely different approach to addressing these big questions that humanity has pondered over the ages. He argues that the process of awakening entails successive stages of increases in awareness. The awakening journey of the individual encompasses the experience and eventual mastery of these levels of awareness. Drawing from his own life experiences of having experienced each of these levels of awareness, Kwame Adapa takes the reader on an intellectual and a spiritual journey similar to exiting Plato’s Cave, immersing in views of the “real world”, and proceeding beyond that, to infinity. This book is the gift of my soul to Earth humanity. 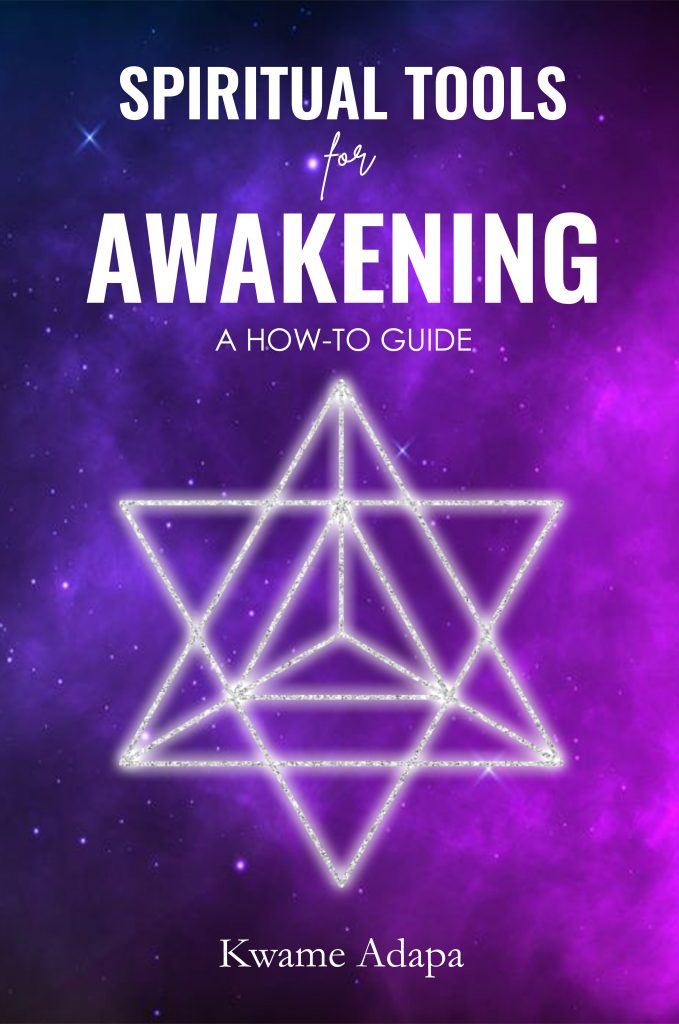 The path of spiritual awakening and enlightenment entails myriad experiences and successive realizations of who one is as a spirit being. On this journey, there can be starts and stops, hits and misses and challenges that the seeker faces during this process of self-discovery. If ever there was a practical guide that the modern spiritually oriented individual could consult while embarking upon this journey of spiritual awakening, this book would be it.
In this unique book, Kwame Adapa shares a variety of physical and other spiritual tools, techniques and mindsets that can serve as useful props to propel the progress of a seeker on the awakening journey. Each seeker would be different, yet the breadth and scope of the topics covered in this book are designed purposely to cover salient topics in enough detail as to empower an individual to build upon and regain their own power. Becoming awakened entails taking back your own power, and applying it in ways that best suit your path and your purpose. This is the ultimate goal of this practical guide.

Get all latest content delivered to your email a few times a month. Updates and news about all categories will send to you.